We use TwitterOAuth to make the API calls. It is the most popular PHP library for the Twitter OAuth REST API and again, using TwitterOAuth is straightforward - it comes with excellent documentation.

Here’s how we use TwitterOAuth to make the API calls: 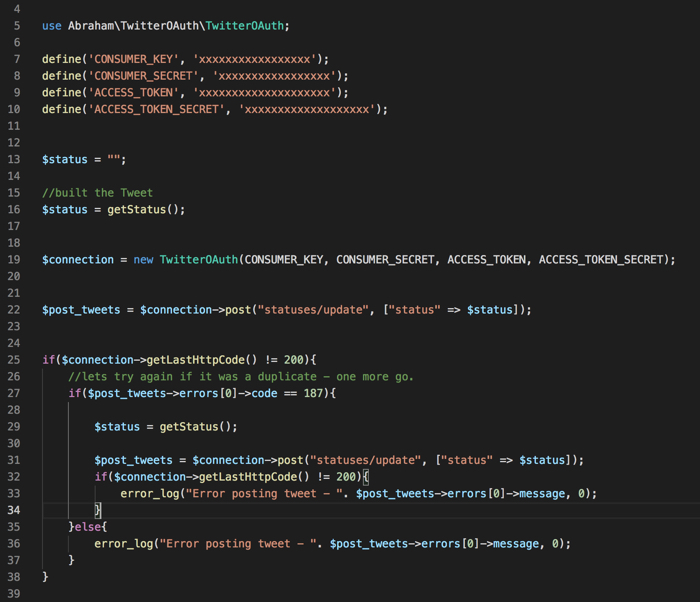 A couple of things are worth noting:

@SheffApprentice ticks over with very little maintenance though we did tweak the CRON job a bit at the start when it became clear that Tweets get more impressions at certain times of the day (and weekends). The number of followers is still low (we pick up one or two a day) but we get a reasonable number of retweets from people in and around Sheffield and we’re up to 70K impressions in just 3 weeks.

How to automatically backup a PostgreSQL database to Microsoft Azure
React Native and Bluetooth - Discovering Services and Characteristics and Reading Data
Sheffield Apprenticeships - How to develop an app for Android and iOS with React Native
Simple TCP service with Node.js to capture weight data from wireless weighing scales
How to create a line graph in Chart.js with dynamic data
How to build a dynamic sitemap with PHP
Tweet