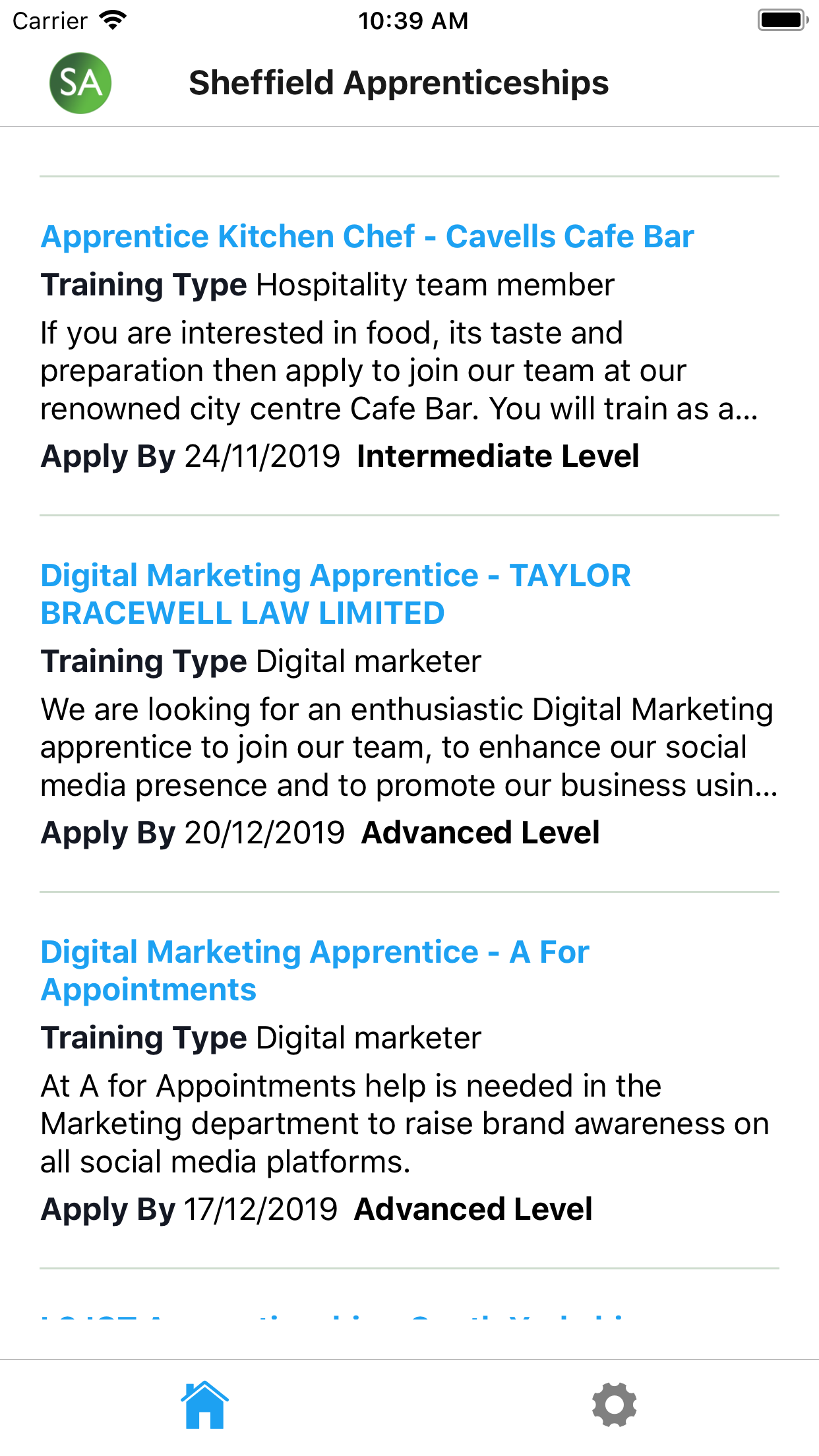 Why did we build the Sheffield Apprenticeships app with React Native and what lessons did we learn on the way?

The Sheffield Apprenticeships app is free and it’s got a very obvious target audience (young people in Sheffield who are looking for alternatives to university). But still, app stores feel like graveyards. The real work begins when you start to promote your app.

How to automatically backup a PostgreSQL database to Microsoft Azure
React Native and Bluetooth - Discovering Services and Characteristics and Reading Data
Simple TCP service with Node.js to capture weight data from wireless weighing scales
How to create a line graph in Chart.js with dynamic data
How to build a dynamic sitemap with PHP
Tweet