This is another look at how you could build a very simple Power BI report to track student performance. 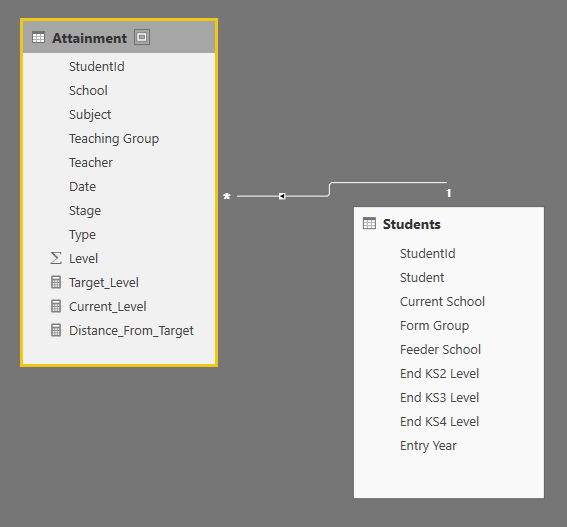 Two slicers on the report give us filtering by Current School and Form Group. Just like in one of the earlier examples, we can look at average student attainment in each subject. 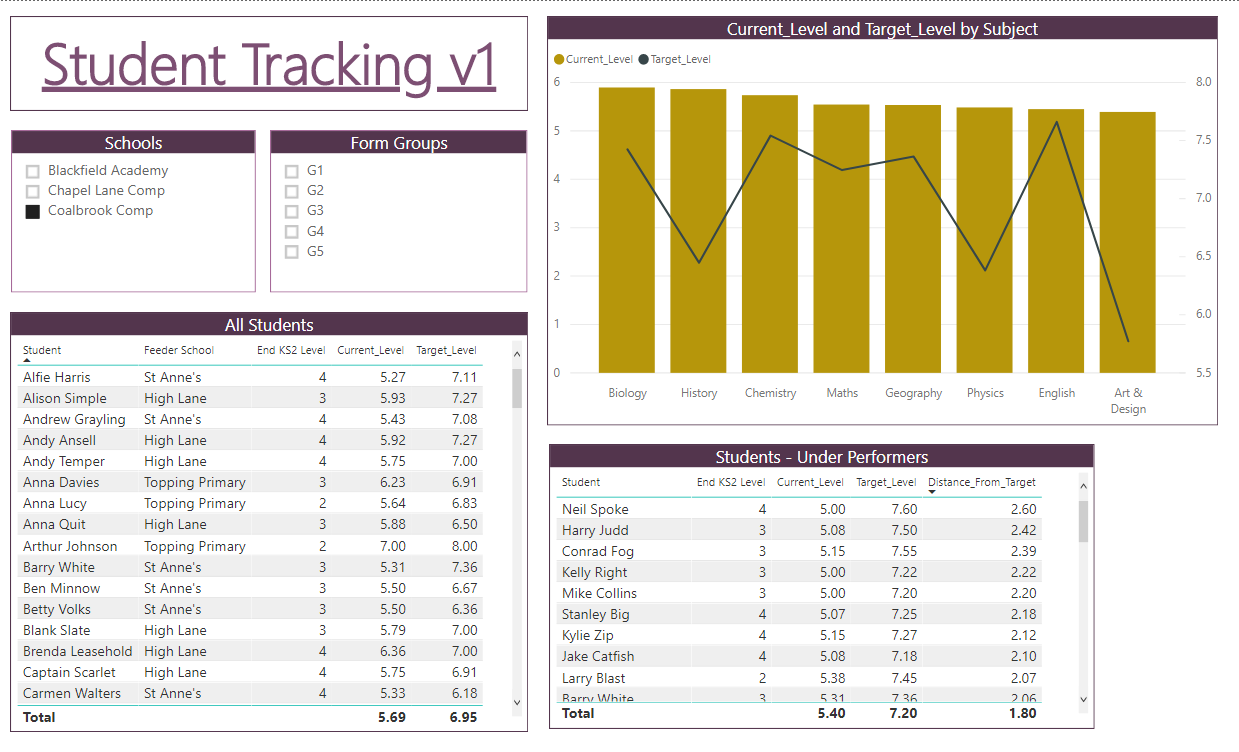 Both measures use CALCULATE to evaluate an expression (calculating the AVERAGE level) after a filter has been applied – either Type=”Current” or Type=”Target”.

There’s an important point to note. CALCULATE operates within the current context – but then applies an extra filter on the Attainment[“Type”] field. That means it works when added to a table of students – it will calculate the average level for each student. It will also work when used on a bar graph with subjects – it will get the average level within each subject.

A third measure – Distance_From_Target – is simply the difference between the two other measures.